Conclusion: To sum it all up I concluded that the more water you have the greater the height of the rocket. The angle of the rocket also increased at intervals of five each time the amount of water increased. So because of these results I will use 1 liter of water and push the PSI to 100 for the final launch at the exhibition.

Learning about snow science is retentive to my life because it has helped me understand the danger of avalanches, and how to avoid them. I learned about train traps, trigger points, snow fall, and the snow pack.
The south west is very dependent on the snow fall that we get each year. All of the snow that the mountains collect during the winter melts and it is then up to us to distribute the water throughout the country according to the water laws.
Through out this project the part that I think I have understood the most has been the study of the snow pack. How all the different layers are staked up on top of each other and how this relates to the avalanche risk.
Snow pack

The snowpack is layers of snow stacked on top of each other, each layer having a different density and failure point. For instance you could have a hard layer of snow resting on top of granular pieces of snow. Granular pieces of snow are more of a cube shape and do not bond with other pieces of snow. Than underneath the granular snow you have another hard slab of snow. If you find this in the snow pack your risk of an avalanche occurring is very high and just waiting for a trigger, either by natural cause or an unwary skier or snowboarder. Another layer that is common to find in the snow pack is dust which is also capable of causing an avalanche to occur. One kind of snow pack that is very common is wind blown snow. This happen when strong gusts of wind blow the snow up the slope which results in a large pileups of snow. All of that snow will be resting on a hard slab of snow ready to slide, these are known as a cornice. 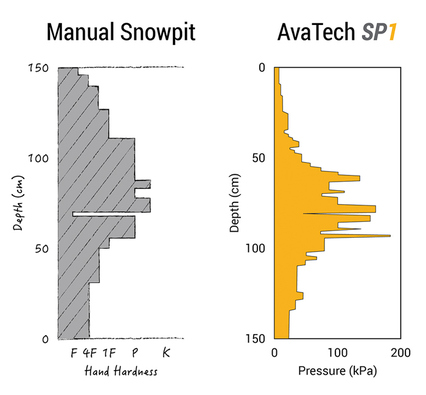 One of the most reliable ways to test if the snow pack is safe for you to venture out in that area is a snow pit. When you dig a snow pit you want to dig it in a place of around somewhere between thirty and thirty eight degrees. And in the same area where you will be skiing or snowboarding. The sides of the hole have to be smooth so you get accurate results. Then you grab your shovel and put weight on certain points along the edge of the hole to see where the failure points are in the snow pack. 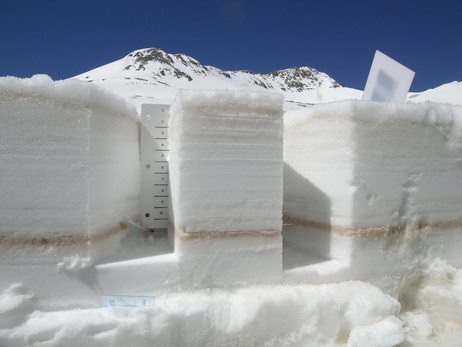 Project Explanation:
In this project we had to design a filter that could clean the water problems specifically to your area. Are area was Nova Scottie and the problem in the water there was over abundance of plant life do to farming.

The Himalayan mountain range is the largest mountain range in the world, holding nine of the fourteen highest peaks in the world. The two highest mountains in the himalayas is Mount Everest and K2. Mount Everest’s highest point is twenty nine thousand and twenty nine feet high. K2’s highest point is at twenty eight thousand two hundred and fifty one feet high. The Himalayan mountain range was supposedly formed forty to fifty million years ago. During this time, the temperature of the Earth was four degrees warmer than it is now. Almost all of the ice was melted and was full of lush plant life.

The Himalayan mountain range formed when the Indian plate and the Eurasian continental plate rammed into each other causing the Eurasian plate to push up over the Indian plate slowly causing the rise of the Himalayas. In between the two plates there was a sea called the Tethys that they had to cross before they could collide. As the two continents slowly got closer, the water pushed out to the other bodies of water leaving the sedimentary and metamorphic layers that were at the bottom of the ocean. Now when you look at the Himalayas they are almost solely made of sedimentary rock and metamorphic rock. Despite the monumental size of this mountain range there is almost no volcanic activity. This was caused when the Indian plate slammed into the Eurasian plate pulling all of the sediment at the bottom of the ocean along with it; leaving no gaps for magma to rise to the surface. The lack of eruptions could have been one of the reasons the Himalayan mountains are at the height they are.  The picture above shows the movement of the Indian land mass.

Can cell phones give off harmful radiation that can cause long term health problems?


Throughout the tests the time that the test subject wakes up remains a consistent 6:00 am.

I did not have any dreams throughout the night and I did not wake up once until morning. Felt rested and alert.

I woke up several times during the night. Dreams all the way through kept nodding off during the day.


People that usually have their phone next to there head get used to it and no longer feel any effects. But if you never sleep with your phone on next to you having your phone on effects your sleeping patterns.


Research on cancer related to exposure to electromagnetism:

There have been many tests run from different research groups around the world on weather electromagnetism has medical effects on people. Even though there has never been any concrete proof behind this claim there have been different events that have been promising. In one test a group of scientist found out that If you have a cell phone up against your ear for a long period of time glucose gathers on the side of the brain where the phone is, but the other side remains the same. They do not how or why this happens but there is every possibility that it could be a link to certain health issues like childhood cancer. If the phone is the cause for different diseases children would have a higher risk because their body is still developing, also their heads are smaller so their brain can be exposed to a higher frequency. Currently there are different test being conducted around the world with large groups of people. Electromagnetism still has not been proved to be the sole reason for a long list of different diseases, although it is definitely one of the many factors. Electromagnetism is a form of radiation so of course it will affect you to a certain degree but causing cancer and other diseases has yet to be proven.


Things that give off radiation:

Phones- They give off radio frequency radiation

Computers- They give off X rays

Radars- Radar waves travel in straight lines so they are always directed where people are not.

Microwave ovens- They give off microwave radiation

Radio- It gives off radio waves.

The different kinds of electromagnetic waves:

Radio waves- It is what signals travel on

Ultraviolet- This is what gives you sun burns

The effects and dangers of different waves


Conclusion: So it is still not proven that electromagnetic waves can cause long term health issues, but I can conclude that it can definitely mess with your sleep patterns so it does effect your brain to a certain degree.