Wealth and Distribution in the World
Teddy Rodd

The world's wealth being controlled by the one percent is very harmful, however being controlled by the .01% is outright destructive. The 1% is almost not a problem anymore; they have been at an economic standstill since the 1960s, if anything their wealth has dropped. The middle and lower classes have continued along the same line, their wealth also decreasing. (“The rise of the .01%,” 1) .
Over the years more and more people are being pulled into the middle class and lower, leaving a very small number of people handling all the world's wealth. Currently the richest sixty-two men and woman in the world have as much money as 3.7 billion people. (Larry, 1) .
This is bad enough for America’s middle class, even so it is catastrophic for the world's poorest, slowly being bled dry by the world's wealthy. The wealth of the bottom 50% has decreased by 41%, between the year 2010 and 2015. (Larry, 1) .

Over the years this number has been growing drastically with no sign of stopping. It is possible that this number could keep growing until the wealth of the world rests in the hands of just a few people. At some point, to make it into the world's one percent you won't even have to be a millionaire.
Currently the world's most wealthy person in the world is Bill Gates with a net value of $79.2 billion USD. (Net worth, 1) . Here are some fun facts about him. If Bill Gates was his own country, he would be ranked the 37th richest country in the world. Second it is not worth his time to pick up a $100 bill, considering he makes $114 a second. (“10 ridiculous facts about how rich bill gates is,” 1) . “Thirty seven percent of Bill Gates’ net worth would end world hunger. Instead, he invests billions of dollars into corporations blamed for many of the same health issues the Gates Foundation seeks to cure.” (Zernin, 1) .

As a nation we put our value in the very things that are the cause for the very thing we hate, such as our love of sports. In 1969 the average NFL paycheck was $25,000, now it is $1.9 million. This growth shows how Americans value of the football players has slowly grown over the years.
“Few NFL players are making real money.”(Toney, 1) . This quote came from an article titled, "Two Charts That Expose How Badly NFL Players Get Paid" (Toney, title ) . This shows a very clear message on America's perspective of NFL salaries: not only are we okay with it, we want them to be paid more.
It is crazy how we pay people enormous amounts of money to play a game all day, the average NFL player makes $1.9 million per a year. The NBA players makes $5.15 million, the MLB players make $3.2 million, and NHL players makes $2.4 million.
How can they make so much money from just playing a game, when there are people whose jobs should be of much higher value? Soldiers in the military for example, their pay wages going in between $20,000 and $300,000 every year.

Your average teachers makes approximately $44,000 yearly salary. The average yearly pay check for a doctor is $165,000. The people that have these two jobs will be coming from some of the most prestigious colleges out there, and yet they hardly get paid anything compared to the NFL jock that doesn’t have to have a college education to play. Some players are just able to get passed up through high school and college with failing grades; because they are good enough. To play in the NFL you do not need to have a solid education, all they do is have fun all day playing ball, and they get paid millions for it.
Almost all NFL players make enough money to fall into the 1% of the world’s richest people, sometimes more. The highest paid person in the NFL makes 22,000,000 $ yearly.
In Conclusion, no one person, company, or sports team should be able to hold such a large portion of the world's wealth, giving them power over much of the world. 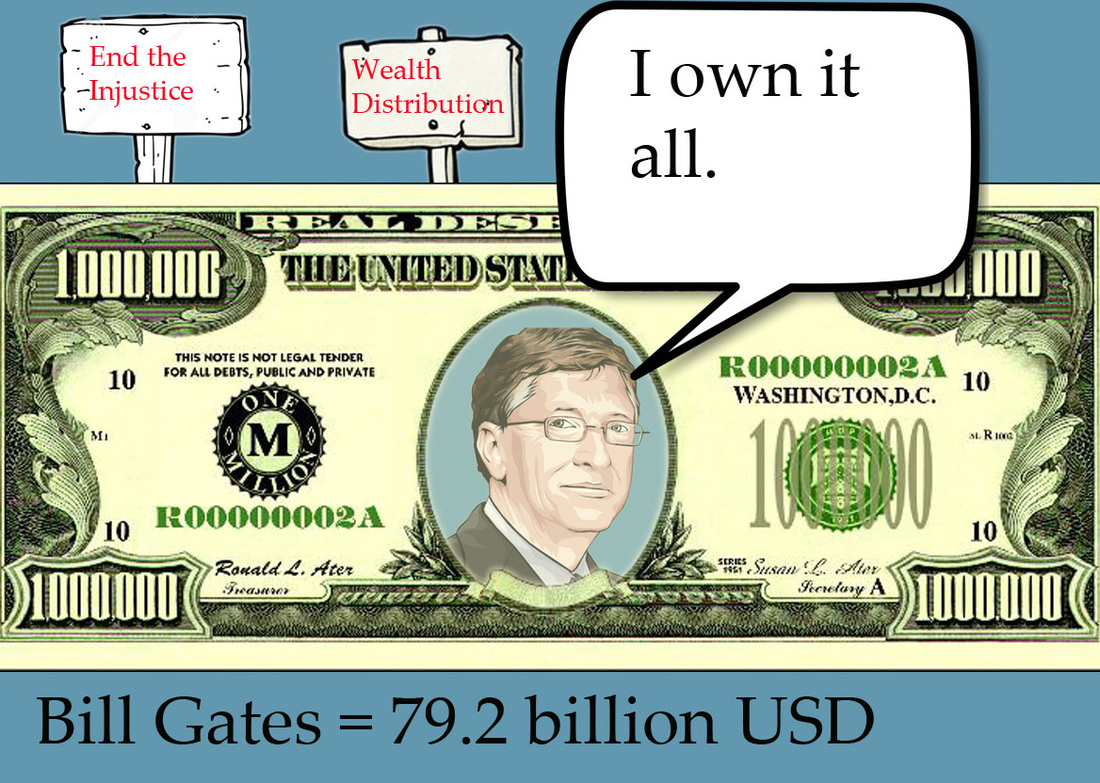 In this project we started out by doing in depth research in class on different topics in the world involving globalization. I learned about the TPP which stands for Trans-Pacific-Partnership. Another thing we locked into was Transnational Capital Auction which was a game that simulated a real world trade agreements. One of the final things we did before we broke into the meat of the project was choose specific topics in the TPP and other areas of Globalization and do in depth research on your topic of choice. All these steps finally built up to our final pieces of work we created, our Op-Eds and or Political Cartoons.

Before I started this project I already had a good understanding of both current, as well as historic world events, which is a large part of Globalization. However throughout this project my knowledge on the many topics of Globalization has grown exponentially. I learned about the TPP or, (Trans-Pacific Partnership) . I learned about world trade between different countries and corporations. I learned how to write an Op-Ed which presented my views on the wealth distribution in the world. I also learned more about political cartoons and how you express your feeling through art. Through this project I discovered the level of injustice of money distribution in the world, some people could be their own country and some can’t even put food on the table.

The process of writing this Op-Ed was a new and interesting way to write your opinion. This still was very different from the TEA paragraphs that we have been doing this year. Instead of having three or four large paragraphs, you write many short paragraphs that all work together to support your thesis statement at the beginning. Another part of this writing that was fun was that you didn’t have to politically correct and try to make everybody happy; the goal was to spark fires and make people mad at you. There was two main things that I struggled with in the writing process, MLA in text citations, and adding extra sentences that should either be eliminated or merged into another paragraph.

For the art process of this project it was very similar to my Op-Ed except it was in a visual form. In my artwork I wrapped it all up in one nice little visual statement the wealth distribution in the world is bad. The rest of this part of this project was just fun, messing around on Photoshop trying all the different ideas that might work. This will be helpful in my future for not only other political cartoons I might write, but help me forming thesis and clarify my opinion. In my political cartoon I showed the injustice of money distribution by showing Bill Gates on a million dollar bill saying, “I own it all.”